Many thanks and congratulations to all those who joined our Litter Patrol on 21st October. Over 30 people participated, including 5 residents who weren’t able to make it on the day but did their litter picking separately. Fortunately the weather started out okay, although there was a downpour later which dampened spirits a little! 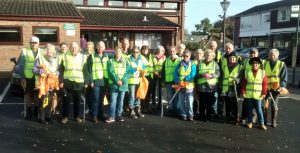 As usual, residents in Shorne Ifield Road rolled up their sleeves and tackled the fly tipping that occurs there with depressing frequency. Some of these photos need to be seen to be believed! But within 2 hours of the work being completed, yet another vanload of fly tipping was dumped there! 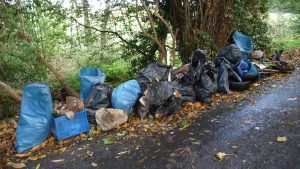 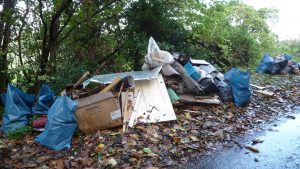 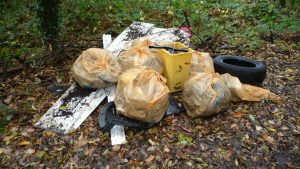 It is pleasing to note that there was less litter in areas such as The Ridgeway and Pear Tree Lane than in previous patrols. No doubt this is because we have broken the back of it in previous patrols, but also perhaps the new wheelie bins are helping.

Organiser Bob Lane said, “Once again, this was a great turn-out and a terrific accomplishment by the teams of volunteers, including others who were unable to participate on the day but took it upon themselves to pick litter during the run-up to the event.  It is good to see our streets litter-free, and the volunteers can be proud of the results”.

If you would like to participate in future Litter Patrols, please contact Bob on 01474 822680 or by email to bob.lane@gmx.co.uk.