CLEAN FOR THE QUEEN

37 Volunteers turned out to 'Clean for the Queen' on Saturday 5th March, collecting 60 bags of litter from the streets of Shorne! 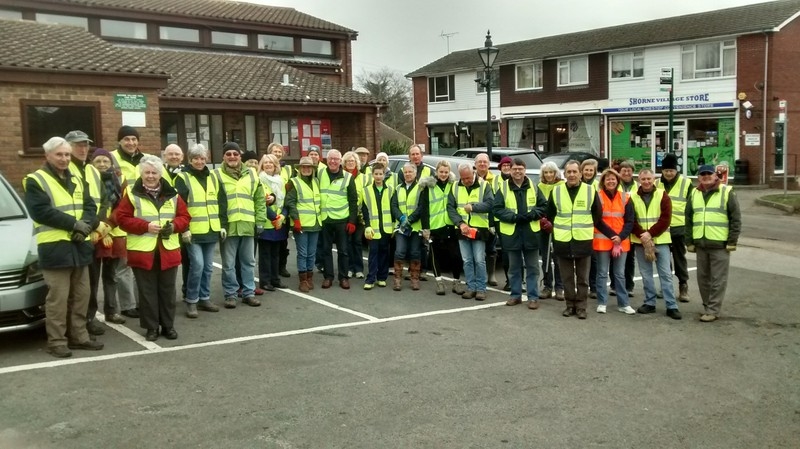 The litter patrol was kick-started by Barbara Millatt who couldn't make it on the Saturday, so she cleaned up most of The Ridgeway and Brewers Road earlier in the week, collecting 3 sacks of litter on her own.  Starting out from the Village Hall, the yellow-vested volunteers fanned out across the parish, reaching out as far as Green Farm Lane to the north, Pear Tree Lane to the east, Brewers Road to the south, and Shorne Ifield Road to the west, and combing all the streets in between.

Over in Shorne Ifield Road, Jeff and Sally Wright, assisted by Russell Cooper, rolled up their sleeves and turned the litter patrol into a full-on fly-tipping clearance operation, clambering down the banks and removing around 40 car tyres, dumped fridges, furniture, and general rubbish, and carefully stacking it up for easy collection by Gravesham Borough Council.

Photos of some of their exploits are shown below.

A sample of the fly-tipped rubbish removed from Shorne Ifield Road by Sally & Jeff Wright, and Russell Cooper. 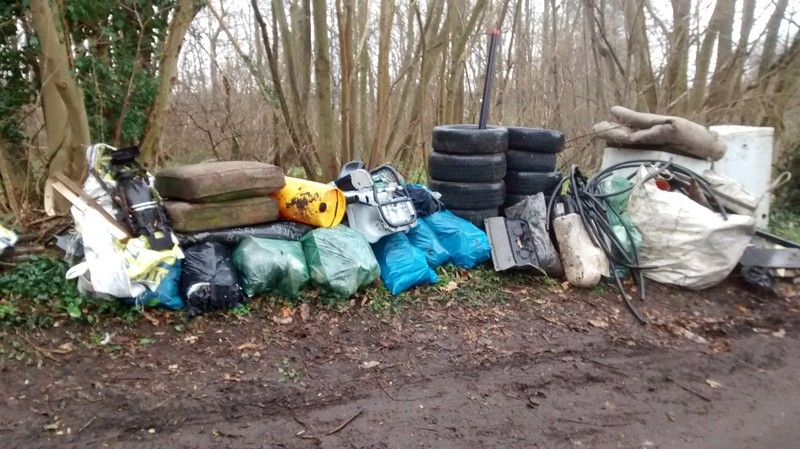 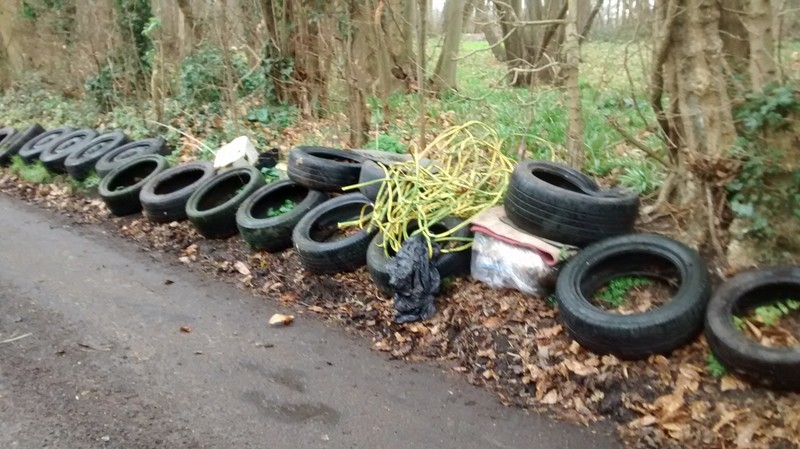 Jeff Wright and Russell Cooper survey some of their work.  Sally was still digging out fly-tipped rubbish! 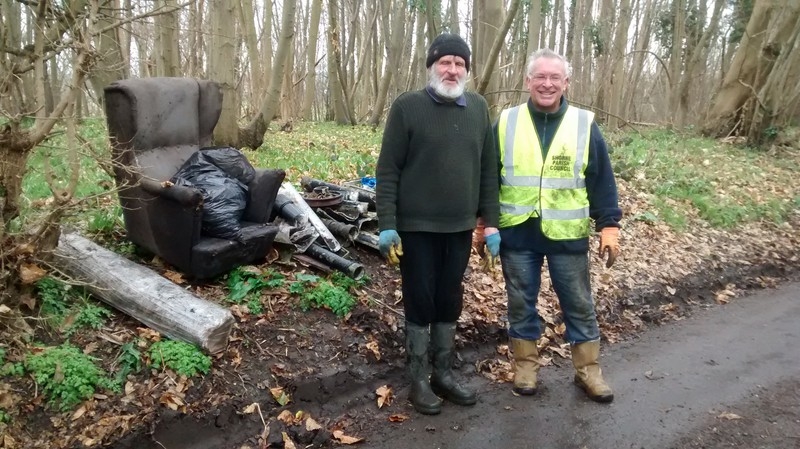 Organiser Bob Lane said, "Last March we managed to get 9 volunteers to join in for National Clear Up Day.  In our October litter patrol, we doubled this to 18 volunteers.  This time we managed to double it again and had 36 volunteers on the day, a tremendous response from the village.  Whether this was a display of loyalty to Her Majesty, or a demonstration of our defiance to the Lower Thames Crossing proposals, I couldn't say.  But it clearly goes to show how proud we are of our village and how determined we are to protect our environment." 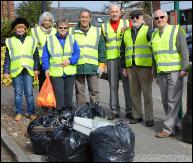 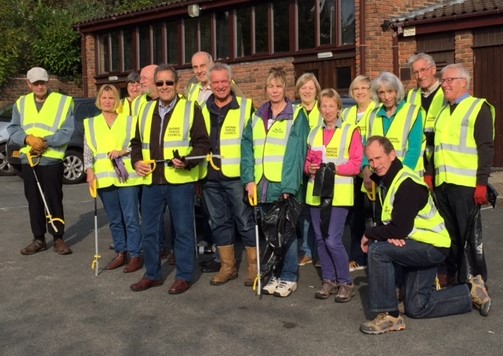